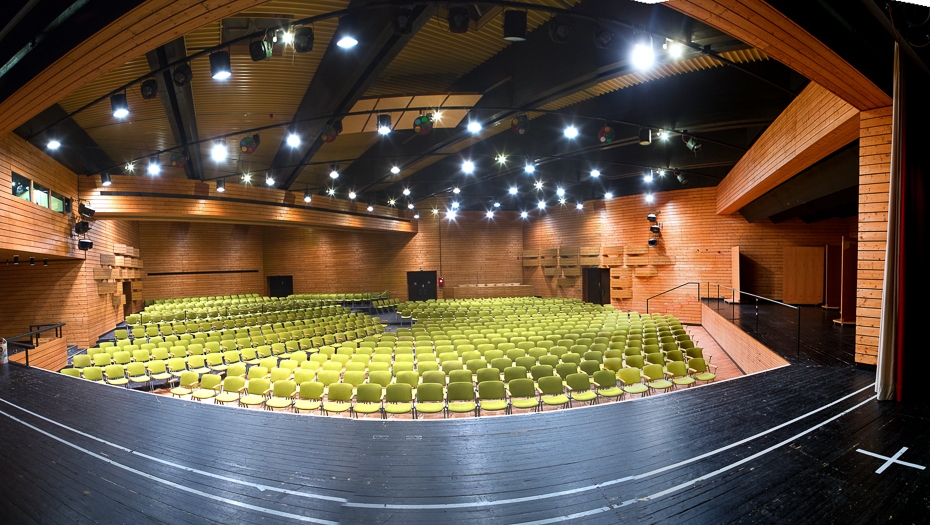 At the end of 2020, MB-MUSIC completed an extensive modernisation project in the VERDO Culture and Conference Center in Hitzacker, Elbe. MB-MUSIC is a production company specialising in event technology based in Dobin am See in Mecklenburg-Western Pomerania. In addition to offering technical implementation services, the company also maintains and services permanent installations throughout Germany.

“If you are looking for high-quality dimmers for permanent installation, there is no way around GEN VI dimmers,” said Mario. “We were primarily convinced by the TruPower function. The possibility of switching individual channels to fixed current using a real relay is very practical. Operation is also very easy and convenient thanks to the large touch display,” he said.

Another feature of the LSC GEN VI dimmer is PTFD (Pulse Transformer Fired Dimming) technology. Other dimmers require a minimum load to be able to dim but GEN VI can be used for very small loads. Resistive, capacitive and inductive loads and even mirror ball motors pose no problem.

GEN VI can also be used as a power distribution system as each channel can be configured to be a used as a relay channel; for example, to safely supply moving lights and LED spotlights with power. This is not a switch curve emulated by the software but a real relay (TruPower). The channels configured as TruPower can be switched on automatically using the auto power function as soon as a DMX signal is present. GEN VI has combined RCBOs to protect the 12 channels. These are combinations of residual current circuit breakers (FI) and two-pole isolating circuit breakers.

Due to the pandemic-related closure, no events have been held in the VERDO centre since the installation was completed. Nevertheless, Mario is sure that he made the right choice. “The dimmers make an extremely good impression. I have no doubt that the VERDO is now well-equipped for the next 20 years.”