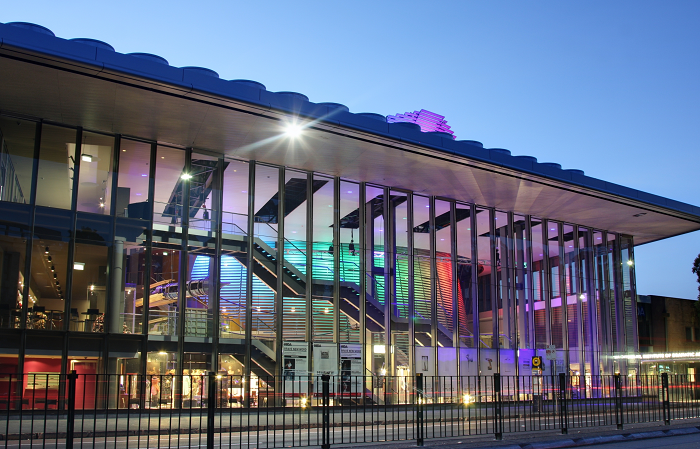 They may not be as sexy as some lighting gear but dimmers and power distribution are critical components of any entertainment system, working tirelessly in the background.

Power and protection are the keywords with dimming and distro and Sydney’s National Institute of Dramatic Art (NIDA) now has both thanks to LSC Lighting Systems.

NIDA is Australia’s leading centre for education and training in the performing arts and features six professional performance venues, studios and rehearsal rooms. As the largest of the performance venues at NIDA, the Parade Theatre offers seating for audiences of up to 707 people in its three-tiered, horseshoe-shaped auditorium. The Playhouse is a 155-seat amphitheatre, designed for more intimate productions. NIDA has three smaller black box theatres – the Space, the Studio Theatre and the Reg Grundy Studio – that are frequently adapted to suit different production needs.

“Once we found the money we went hunting for dimmers!” said Chris Dickey, NIDA’s Technical Manager. “We wanted something that offered a bit extra in the venues and that was the LSC GEN VI range. I’ve had a fair bit of experience of LSC equipment and it’s always rock solid.”

The dimmers were installed in January and were successfully used on a handful of productions before the COVID-19 lockdown was enforced. Fortunately, NIDA’s lighting crew managed to familiarise themselves with the dimmers in that short time and found the changeover very straightforward.

A GEN VI dimmer (available in rack-mount or wall-mount versions) uses TruPower allowing configuration of any of its outputs to be an 8-bit or 16-bit dimmer or a direct power relay channel. This enables the GEN VI to dim traditional lamps or power moving lights, LED fixtures, video screens or audio power amplifiers – in fact, any situation where controlled power distribution or dimming is required.

“The way the relay channels in the GEN VI can be set to come to life and go to sleep when they do and don’t get DMX has to be my favourite feature,” said Chris. “The start-up and warm-down practice at NIDA has now changed dramatically as we don’t have to traipse around the entire building to wake the system up as it all happens automatically. Zero-point crossovers for power switching is amazing and has been faultless so far.”

“This means there is less chance of some lighting gear being accidentally left on when not in use, ensuring the maximum service life of expensive equipment and a lower power bill,” added Chris. “Both the GEN VI and APS units are also RDM (Remote Device Management) enabled which is handy. We can simply change the DMX address of the unit, adjust settings and view any faults from any RDM controller.”

Features of the APS power distribution unit that impressed Chris were supply voltage and load-current monitoring, trip indication and a colour touchscreen for local data display and menu navigation.

This staggering of the power-up sequence is programmable from the front panel – with a setting from 0.1s to 5s of delay between outputs being energised.

Chris commented that since the installation of LSC GEN VI dimmers and APS power distribution, tech life at NIDA has been made so much easier.

“For example, during our festival season we always have a mirror ball in our standard rig and now we don’t have to have a special switch as it can go straight into a dimmer (set to non-dim mode) and is triggered straight from the desk.”

Now, at the end of a long night when the crew simply want to go home, they can do so knowing the lighting gear can safely be put to bed with LSC Lighting.